North and the red stream 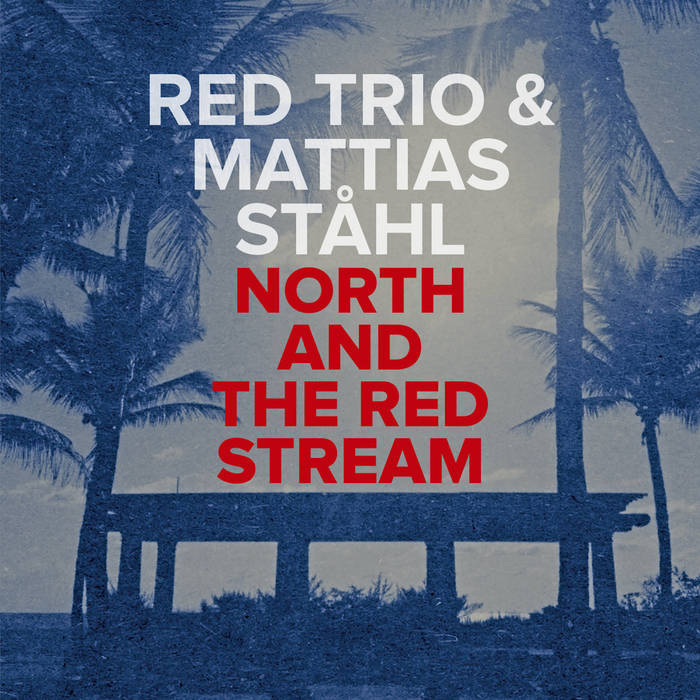 On their fifth album, Swedish vibraphonist Mattias Ståhl joins the Portuguese RED trio as a guest. He’s the latest in a sequence which includes alliances with saxophonist John Butcher and trumpeter Nate Wooley on disc, and reedman Ken Vandermark in performance.

The product, North And The Red Stream, comprises three collective improvisations recorded at the VDU Jazz Festival in the Lithuanian city of Kaunas in 2013. Each arises from an impromptu give and take, negotiated on the fly, as the principals continue to exercise the democratic ethos which has served them so well to date.

Unsurprisingly the integration of the Swede serves to emphasize the percussive aspect of the outfit. As always with such freeform activity, well-balanced tonal placement is key, and the four prove accomplished practitioners. Perhaps it’s the similarity between the vibes and prepared piano that results in pianist Rodrigo Pinheiro spending more time on the keys rather than under the bonnet. Gabriel Ferrandini reaffirms his place among the cream of European drummers (though he was actually born in the US) eliciting a clattering momentum formed by bursts from different parts of his kit. He displays a particular talent for atmospheric sound sculpture derived from cymbal scrapes and squeals.

Bassist Hernani Faustino adds a surefooted undertow, whether through a throbbing pizzicato or abrasive arco swipes. Ståhl draws a stunning range of expression from an instrument that can seem one dimensional in lesser hands. He accentuates the vibes metallic nature on “North” by reducing the sustain to almost zero, while elsewhere he takes the opposite tack by extending the sustain so that they resemble a synth or electric piano with a wah wah quality. His reiterated motifs and ringing glissandos provide a structural element which blends well with the resonance emanating from Pinheiro’s dampened piano strings.

Pinheiro shows himself at his most demonstrative at the start of “North,” working in squalls of notes. He moves through swelling crescendos, angular comping and insistent tremolos. Several passages of artfully combined textures derived from hammered piano, cymbals and rattling vibes, such as that around the 10-minute mark in the same piece, show recognition of a fertile gambit. Masterful interplay, notable for Faustino’s knotty flurries, builds tension on “Stream” before winding down to first a swirling stasis, then silence. While the set explores a more restricted sound world with less contrasting voices than previous collaborations, it nonetheless possesses ample charms and will appeal to anyone who enjoys the klangfarbenmelodie of tuned percussion.
John Sharpe

Rodrigo Pinheiro is a pianist, improviser and composer from Lisboa, Portugal.

With an intuitive approach to improvisation and exploration of the piano timbres, using both classical and extensive techniques, makes his music energic, polyrhythmic and full of contrasts.

He’s been active on the free improvisation scene playing in projects like RED trio, Clocks & Clouds, earnear and solo. ... more

Bandcamp Daily  your guide to the world of Bandcamp